Guest D’var Torah: Give it up for our future leadership! | Camp Ramah Northern California

Guest D’var Torah: Give it up for our future leadership! 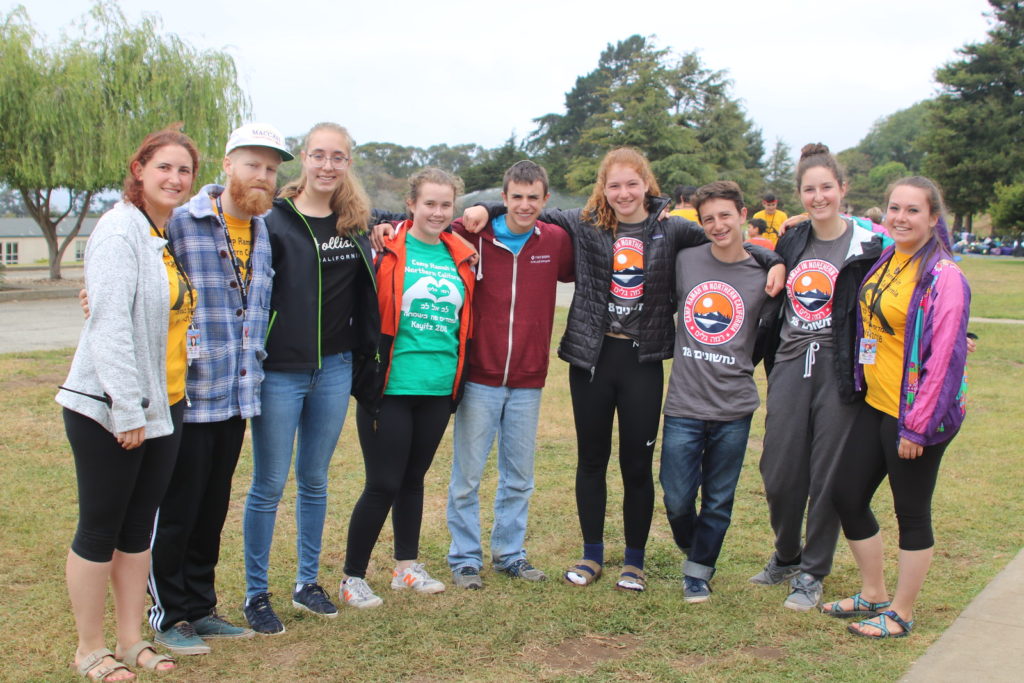 What’s scarier than being the person in charge?  Well for me, it’s being the number two.  I don’t know about you, but there is a certain anxiety that I experience knowing that I’m the second in command because at any moment if the person in charge is unable to continue in his or her capacity, all eyes suddenly turn to me….Oy! Most organizations in the world have a plan for succession.  Not only is it good planning, but it also creates a sense of stability and confidence that everything is in order if, God forbid, we have an emergency.  But where did the line of succession come from?  Well, I think that there is some strong evidence that points directly to this week’s Torah portion.

In addition to Pinchas becoming the new High Priest to take over for Aaron, Moses has recently learned that he will not be allowed to lead the Israelites into the Promised Land.  Knowing that Moses won’t be there to guide the people, he asks God to appoint a new leader:

“Moses spoke to the Lord, saying, ‘Let the Lord, Source of the breath of all flesh, appoint someone over the community who shall go out before them and come in before them, and who shall take them out and bring them in, so that the Lord’s community may not be like sheep that have no shepherd.’  And the Lord answered Moses, ‘Single out Joshua son of Nun, an inspired man, and lay your hands upon him.  Have him stand before Eliezer the priest before the whole community, and commission him in their sight.  Invest him with some of your authority so that the whole Israelite community may obey.’” (Numbers 27: 15-21).

As soon as Moses internalizes that he won’t be the person to lead the Israelites, he immediately petitions God for a capable person to take over in his stead.  Rather than wallow in his own self-pity, Moses continues to exemplify strong leadership (manhigut), by thinking about the interests of the people. The 11th century French commentator, Rashi, is moved by Moses’ behavior.  What kind of leader did Moses have in mind?  Rashi, quoting a Midrash, a rabbinic story, teaches that Moses wanted a strong military leader: someone who could take charge and lead in front of the people, leading by example rather falling at the back of the line.  That’s why Moses requested someone who will “go out before them and come in before them; someone who shall take them out and bring them in.”

Rashi goes on to say that Moses wanted God to find a leader who would “be able to relate to every Israelite, even those with whom he disagrees.”  What an admirable quality for a leader.  Rather than wait for God, Moses takes a proactive role in helping find the perfect successor for the Jewish people.  For someone who could have easily become a lame duck and simply burn out, Moses makes the future leadership of the people his top priority.

As we head into Shabbat, I have been reflecting a lot on the idea of succession through the lens of Ramah Galim.  Just about every rosh edah (unit head), including, Rabbi Sarah, has a s’gan rosh, a #2 who can take over on a moment’s notice.  And while this serves a practical purpose, like providing coverage if the rosh edah is sick or on a day off, it also helps groom the next leaders for camp.  Yet more importantly, one of the most beautiful aspects of the Ramah Galim experience is that we are preparing a group of Jewish leaders to guide us into the next generation.  Whether it’s learning about our eco-systems and ocean exploration, challenging ourselves with new outdoor adventures (Etgar), discovering to express ourselves on and off the bamah (the stage), we are creating new Galim (waves) that will help us pave the way for what’s to come.  In a way, Ramah Galim specifically, and the Ramah movement more broadly, serve as our very own succession plan for Jewish continuity, rooted in Jewish tradition, practice and values.  And from what I can see, we are well on our way to setting ourselves up for tremendous success.