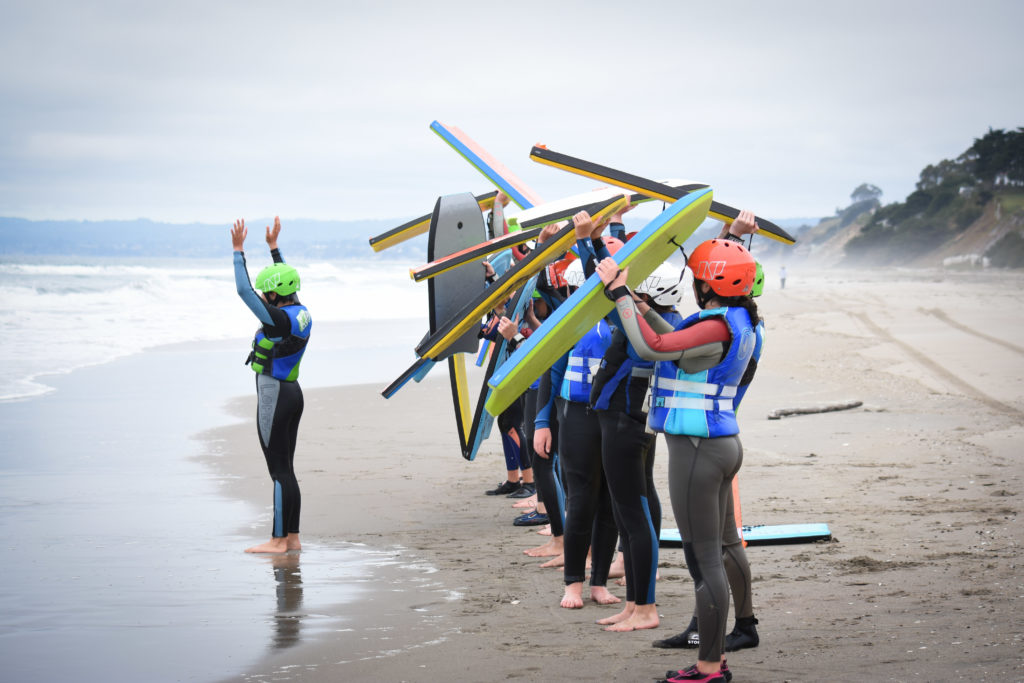 Still in the midst of their desert trek, our ancestors have finally made camp. More than that, in recent chapters of the Torah, we read of challenges to Moses’ leadership by Aaron and Miriam, a chaotic attempted mutiny by Korach and his group of rebels, troubling pessimism from spies sent to scout out the Promised Land, inhospitable neighbors, the deaths of Miriam and Aaron, and countless other trials. It feels like just too much, more than any people can bear.

How could anyone imagine the Israelites taking even one more step after all this? That is where our Parashah begins. And the big gift is: an answer, one that flows straight through the heart of Ramah Galim, can also be found in our holy narrative.

A bit of context: Balak, king of Moav, has witnessed the Israelites triumph over every hardship, surviving internal dissent, the harshness of the desert, and military attacks. We may be wearied, but we endure. Balak, fearful of our storied journey, sets out to hire a renowned sorcerer named Bilam to curse the Israelites. Bilam demures twice, stating that only those whom God blesses are blessed, and only those cursed by God are curse-able. God appears to Bilam in a dream and permits him to go with Balak’s messengers, saying, “You may go but do only what I say to do.”

Along the way (and this is where it gets even better!), an angel of God stands, flaming sword aloft, to stop Bilam. His donkey is the only one who sees the angel, and Bilam hits the donkey to get her back on the path. Three times this angel leads the donkey away from the path and three times Bilam hits his donkey in anger.

Then a miracle occurs when God opens the donkey’s mouth and she says to Bilam, “What have I done to you that you hit me three times?”  Bilam is stunned, his eyes are opened to see the angel before him, and they continue the journey.

Once Bilam arrives, he prepares sacrifices, looks over a cliff at the Israelites’ camp, and utters these famous words: “Mah Tovu Ohalecha Yaakov – How beautiful are your tents, Jacob!” The curse he was hired to bring was transformed by God into a blessing.

Twice in this week’s Torah Portion, the magic of expression is touched by God. What was once silent and hiding (the donkey’s voice) is now present and shared. What held the potential to wound (Balak’s intended curse) is now a blessing.

I returned this week for my third year as part of Ramah Galim, already prepared to see the magic I’ve been blessed to experience each summer. But then a few things happened that opened my eyes anew. I’ve witnessed new leaders emerge from the ranks of what was the inaugural Galim Tzevet just two summers ago. What was hidden is now in plain view. Their refined skills and evident compassion for our children assure me that the Jewish People has a shining future.

Even deeper: the Performing Arts track has integrated personal Jewish narratives from staff, from Tikvah campers, and from each other to create a new play, to be presented this summer, complete with original music, choreography, and script. The blessing of these young Jewish souls and their magnificent artistic expression defies description. I include this link to a fragment of the magic as a Pre-Shabbat gift of renewed inspiration and hope: https://tinyurl.com/GalimMagic.

After 29 years as part of Tzevet Ramah, and having dropped off 4 of my children at 4 different Ramah camps this week (!), I can gladly state: how beautiful our camps are, how blessed we are to witness their emerging song. Precious angels stand before us, arms and hearts wide open.